Today, we pull up the Finnish flag and eat dedicated cakes to honour Johan Ludvig Runeberg. He was a Finnish lyric and epic poet, born 5th of February 1804, who wrote all his work in Swedish. He is the national poet of Finland and the author of the lyrics to Vårt land (Our Land, Maamme in Finnish) that became the Finnish National Anthem. During the 1800 century, all the higher education and literature was in Swedish as reminder of centuries long Swedish rule.

Runeberg was born into a Swedish-speaking family in Jakobstad, on the shores of the Gulf of Bothnia, about 500 kilometres north from Helsinki.

Runeberg’s main works included the idealist poem Älgskyttarna (Elk Hunters, 1832) and the epic Kung Fjalar (King Fjalar, 1844). The heroic poem Fänrik Ståls Sägner (The Tales of Ensign Stål, Vänrikki Stoolin tarinat in Finnish) written between 1848 and 1860 is considered the greatest Finnish epic poem outside the native Kalevala tradition and contains tales of the Finnish War of 1808–09 with Russia. In the war, Sweden ignominiously lost Finland, which became a Grand Duchy in the Russian empire. The epic, which is composed episodically, emphasizes the common humanity of all sides in the conflict, while principally lauding the heroism of the Finns. 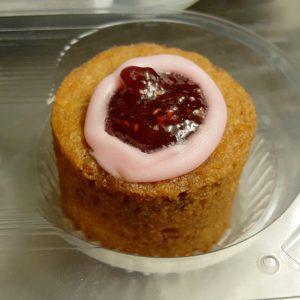 The special cake eaten today is told to be invention of Runeberg’s mother. Their family got surprise visitors with a short notice and mother had to improvise something to serve the guest from the only ingredients that she had in kitchen closet. These happened to be: egg, sugar, brown sugar, butter, cream, flour, almonds, raspberries and rum. This improvised cake was a success and the guest and rest of the family wanted the mother to make these cakes again and again. The Runeberg’s cake was born.