One true love of the Finns – Ice Hockey

Wondering what is the biggest event in Helsinki this weekend? It’s Karjala-Turnaus! This one and only, regular and international Ice Hockey Tournament in Finland has been the start for National Teams’ Hockey Season for years. This Autumn Finland, Sweden, Russia, Czech Republic, Switzerland and Canada will start their preparations for this season from here, Helsinki. So be ready to see lot of people wearing their National Teams’ jerseys, drinking beer and singing songs on the streets of our Capital.

The games take place in the biggest Hockey Indoor Ice Rink in Finland called the Hartwall Arena that is located in Pasila. The Games will be played between 8-12.11 and there are still tickets available! This is a unique chance to experience what the Finnish Sport Culture is all about. The best atmosphere can be expected in the games against Canada (the ruling Olympic Champion), Russia (there are always lot of Russians in Helsinki) and of course against our bellowed neighbor Sweden. 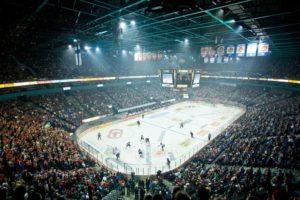 But why do we love Hockey so much?

Finland has a golden history with Sports and especially with Track & Field. Famous runners like Hannes Kolehmainen and Paavo Nurmi won a bunch of Olympic Medals before the Second World War and were among the most famous persons of their time (Nurmi won 9 gold medals and is still the most successful athlete in the history of Olympic Games together with American Carl Lewis. And because you are wondering: Usain Bolt only has 8 gold medals). 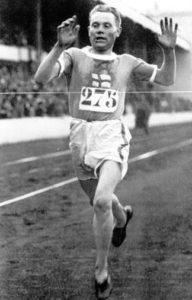 (Paavo Nurmi in the Olympic Games in Antwerpen in 1920)

But let’s move forward: After the WWII the development of our Economic situation, Society and fast urbanization changed the interests of the Finns. Old Track & field games started to seem like slow-motion movies that didn’t suit to a modern way of life anymore. As an answer to this were Team Sports such as football and basketball which started rapidly gain popularity. This development together with all the time tightening competition was a kill strike for the Finnish Track & Field and the glory day were pretty much over after the 1970s. 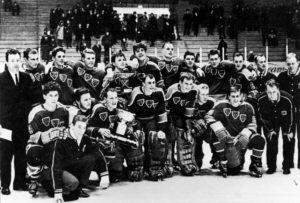 (Porin Karhut were the Champion in Finland in 1965)

At the background one internationally marginal Sport had also been growing and developing its status – Ice Hockey. Our National Team called the Lions, had sucked for decades but during the 1970s they got better thanks to new training facilities and foreign coaches. At the same time Football, Basketball or Bandy (an old & weird Winter Sport) didn’t develop almost at all and so, when the 1980s began, Ice Hockey was pretty much the only thing the Finns were talking about – here is a new, modern Sport that we are good at! the Lions played well and started to win those big and important games against the Soviet Union, Czech Republic, Canada, USA and Sweden. A big achievement happened in the Calgary Olympic Games in 1988 when team Finland won their first important medal in an international Tournament.

After Calgary, it was like someone had removed the plug: suddenly the Lions were among the best Hockey Countries in the World and competing equally for gold every time there was a chance. The fans in Finland were so impatient that every time the Lions managed to win just silver or bronze, thing got wild: the quiet Finns rushed out to streets and started shouting and celebrating. So, you can imagine that winning the World Championship the first time in 1995 was something that no-one has ever seen before. Thousands of Finns were dancing and singing everywhere you went. The biggest party took place in the Market Square of Helsinki where people gathered to celebrate the victory for days. The Championship also started a legend that Finland survived the Economic depressions because of that win and saved at least one beer trademark, Karjala from bankruptcy. 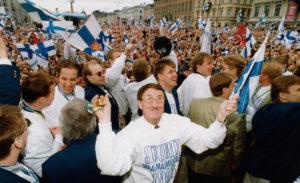 After 1995 Finns had to wait for 16 long years for the next big win: the second World Championship. We crushed Sweden in the final (as we did in 1995) 6-1 and again everyone rushed to the Market Square to party for days. And again, Helsinki looked like some Mediterranean Country after winning the World Cup. 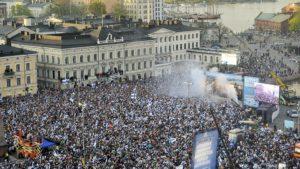 Nowadays Ice Hockey is without a question the biggest, richest and most popular Sport in Finland. We are still missing the Olympic Gold Medal, but the next chance is waiting just behind the corner: the Pyeongchang Olympic Games in South Korea begins in February! And after that, it’s going to be only few months before the start of World Championship games. Let’s go Finland! 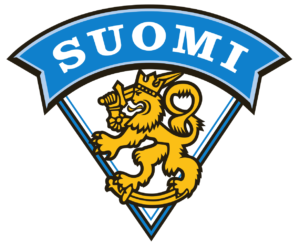